Welcome to the Chepstow – Cormeilles Twinning Association web page. To find out more about the association, please go here

We hope this will find you and your family in good health.

How strange was it not to have welcomed our French friends this August Bank Holidays, We certainly missed them as much as they missed us I am sure.

Let’s hope we can welcome them next year.

Well, we have finally managed to ‘run’ the Duck Race, albeit ‘virtually’, after having had to cancel the 19 April Mounton Brook run due to Covid restrictions. We sold 592 Duck tickets and all 592 counterfoils were cut up, folded prior to the draw, mixed up and put into my fancy French hat.

On Thursday, 20 August at 11 am, Coral, Geraldine, Nigel, Lyn, Yvonne and myself got together in my garden. We were joined by Debbie (my lovely neighbour) to draw the lucky numbers. The winners were :

The wooden ‘booby’ duck donated by Coral will have to swim to the Netherlands to find his new owner, Heleen Dresselhuijs.

A big thank you to all members who sold and/or bought tickets and particularly to Coral, who did all the Duck administration.

Here are some photos from the day .

Our first get together of the year 2020 on a beautiful sunny day.

Let’s the photos speak for themselves. 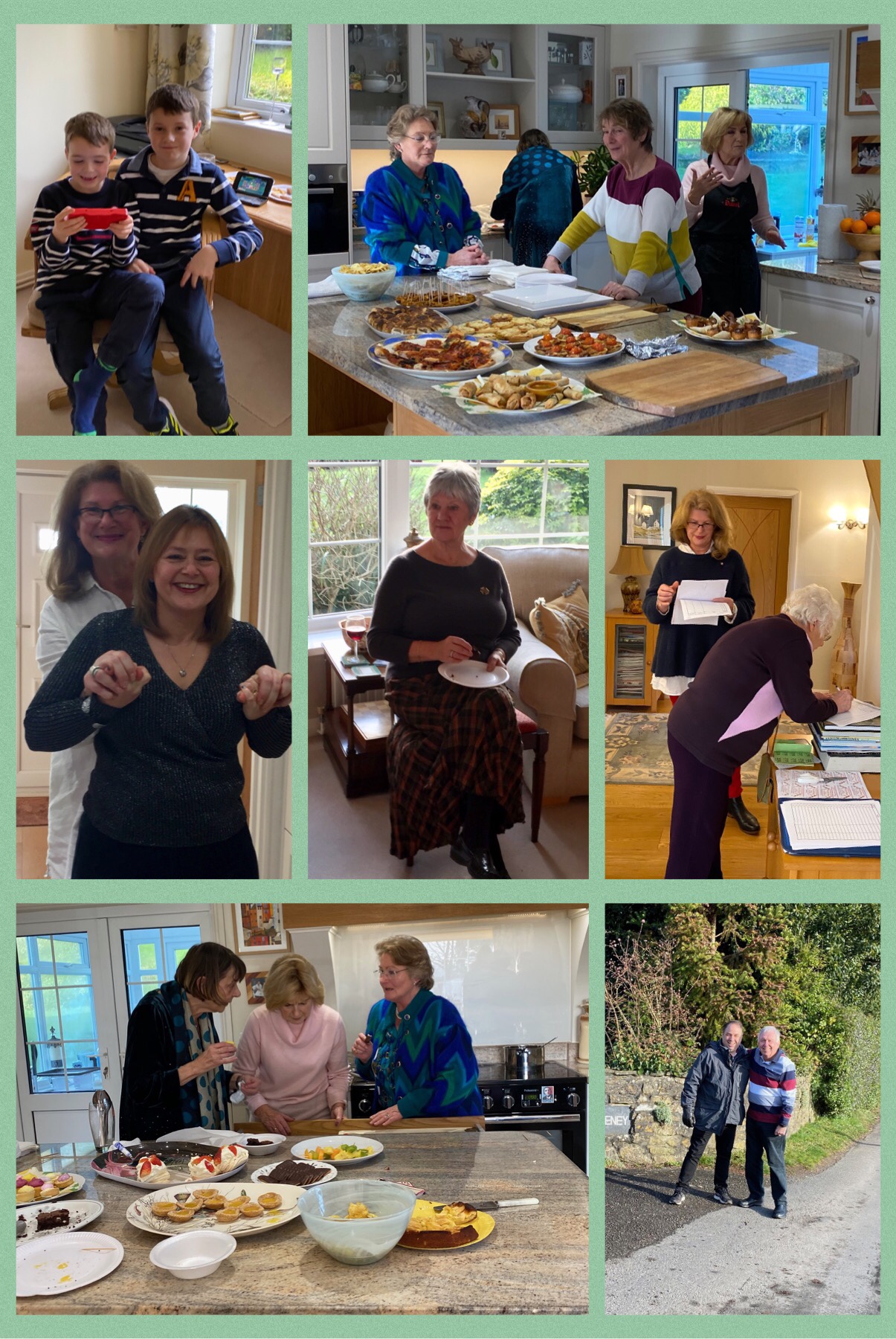 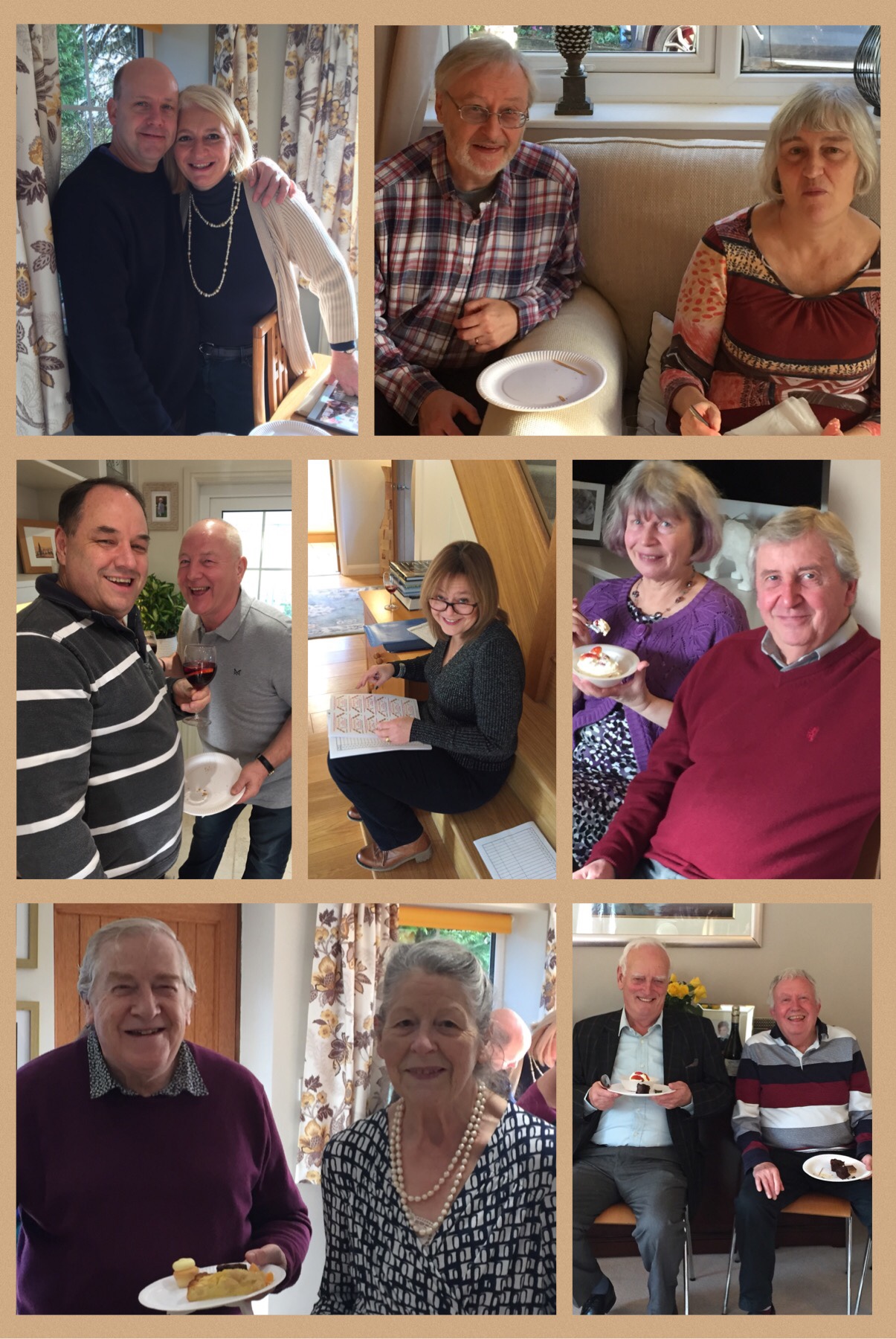 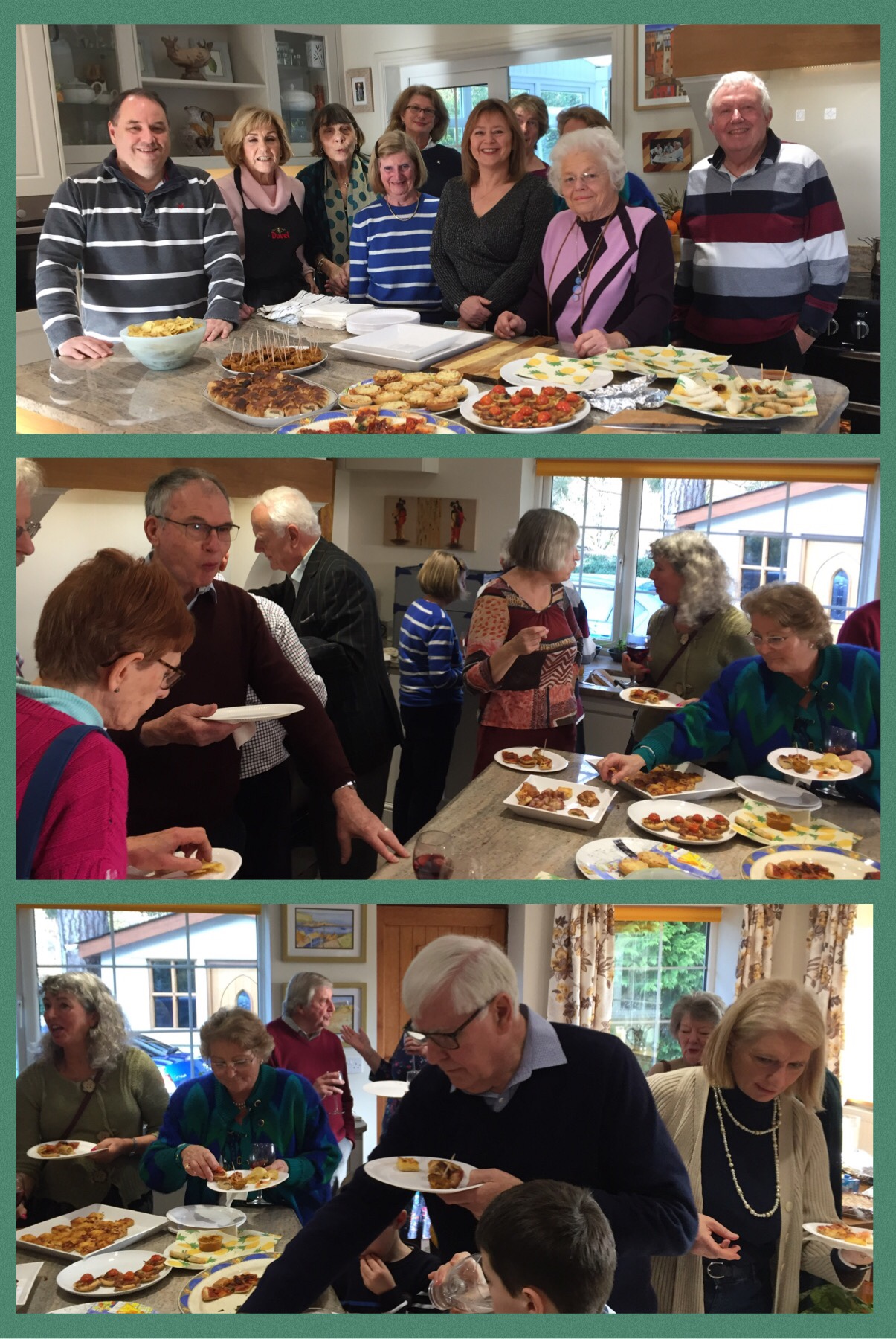 Last night we had our Christmas Dinner at the Huntsman Hotel in Shirenewton. We had a lovely evening and the food was excellent.

A Merry Christmas/Joyeux Noël to all our members and friends. 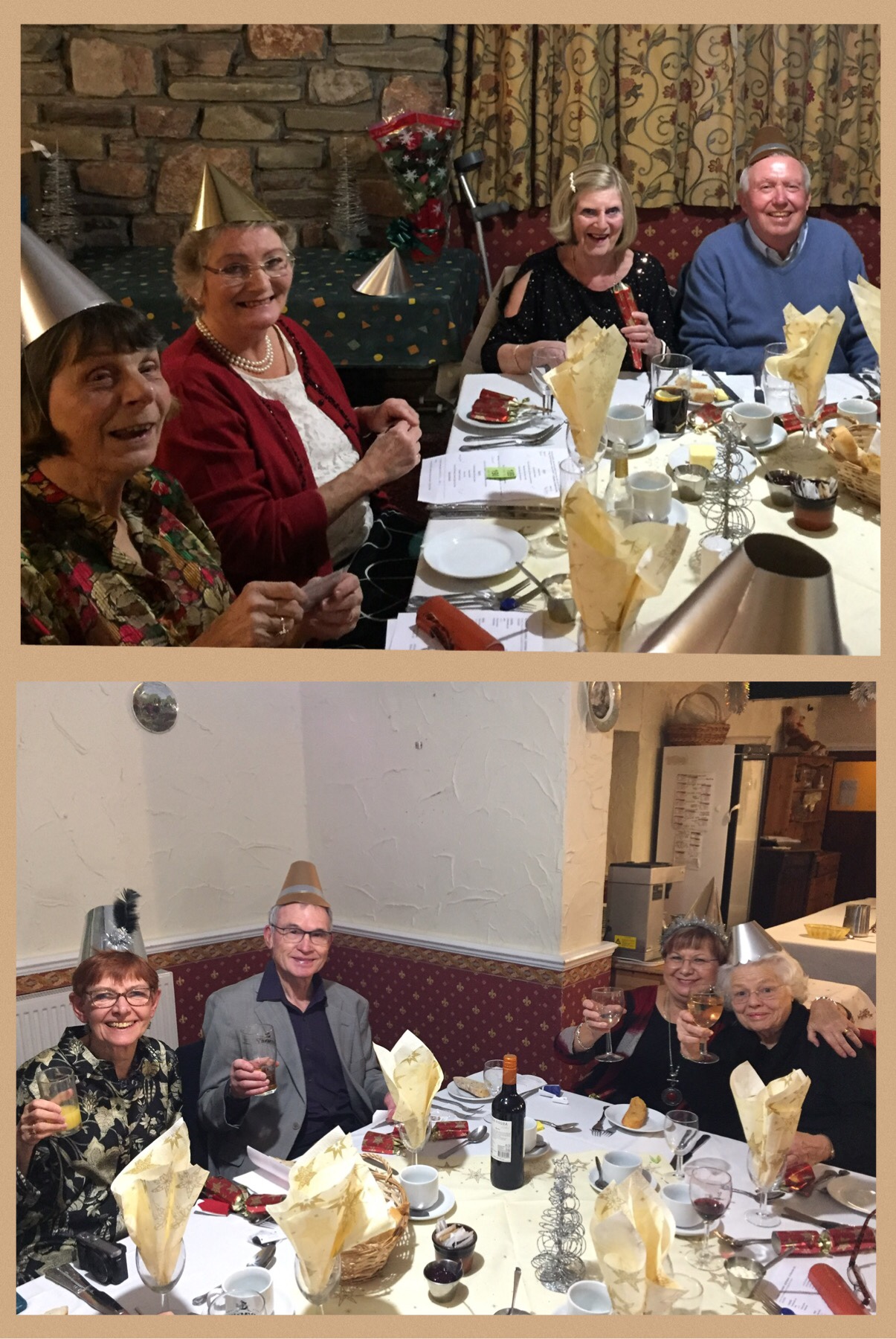 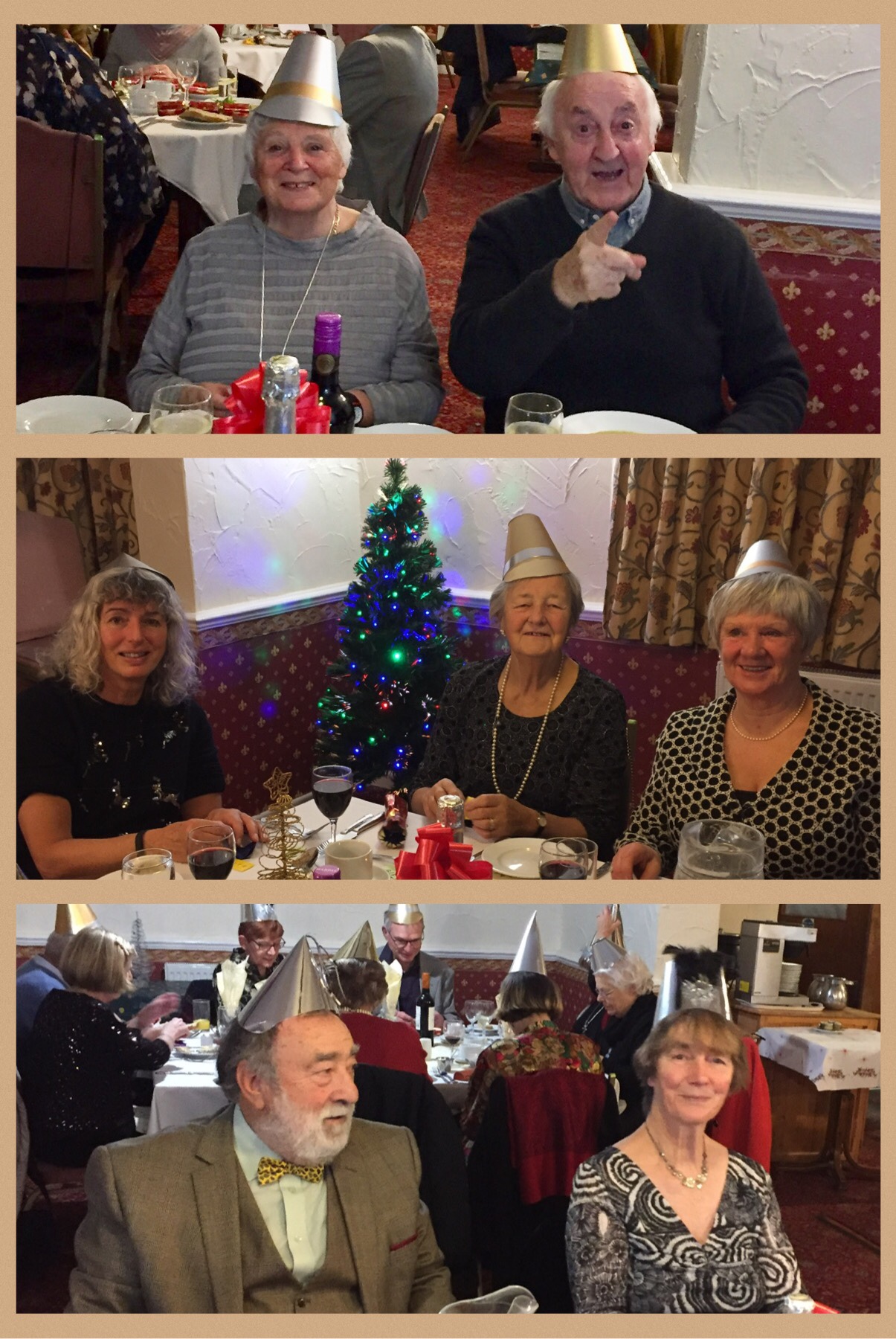 Our next get together will be our Munch & Punch on the Saturday 18th January 2020 .

Our Annual General Meeting will take place on MONDAY 4th November at 7:00pm in the Town Council Chambers.

On the Thursday 22nd August we went to Cormeilles, we left Chepstow at 4:00am in the trusted hands of our coach driver Rob. We had a great crossing, we stopped at our usual bar Le Havrais in Pont-Lévêque on our way to Cormeilles where our French friends were waiting to welcome us.

On Friday evening we had the Welcome Reception in Cormeilles, an evening full of laughter,drinks and great food accompanied by French, English and Welsh sing along 🌞🎼🎸🎸🎼.

The highlight of our stay : 75th Anniversary of the Liberation

On Sunday we visited the site of the original Pegasus Bridge where on 6 June 1944, during the Second World War, the bridge was, along with the nearby Ranville Bridge over the Orne River (another road crossing, later renamed Horsa Bridge), the objective of members of D Company, 2nd (Airborne) Battalion, Oxfordshire and Buckinghamshire Light Infantry, a glider-borne force who were part of the 6th Airlanding Brigade of the 6th Airborne Division during Operation Deadstick, itself part of Operation Tonga in the opening minutes of the Allied invasion of Normandy. Under the command of Major John Howard, D Company was to land close by the bridges in six AS 51 Horsa gliders and, in a coup-de-main operation, take both intact and hold them until relieved by the main British invasion forces landing at Sword Beach at the same time! The successful capture of the bridges played an important role in limiting the effectiveness of a German counter-attack in the aftermath of the Normandy invasion. Having visited both the site of the three gliders who came in and landed right next to the bridge undetected until the last moment I can be forever proud of those soldiers whose bravery “changed” the war that night! God bless you all 😘 Amongst the men buried in this cemetery, is a heart-warming story of the courage and devotion between a war dog and his handler. This is possibly the only example of a dog being buried with his handler in any CWGC cemetery which makes this site a particularly poignant stop to reflect and remember. 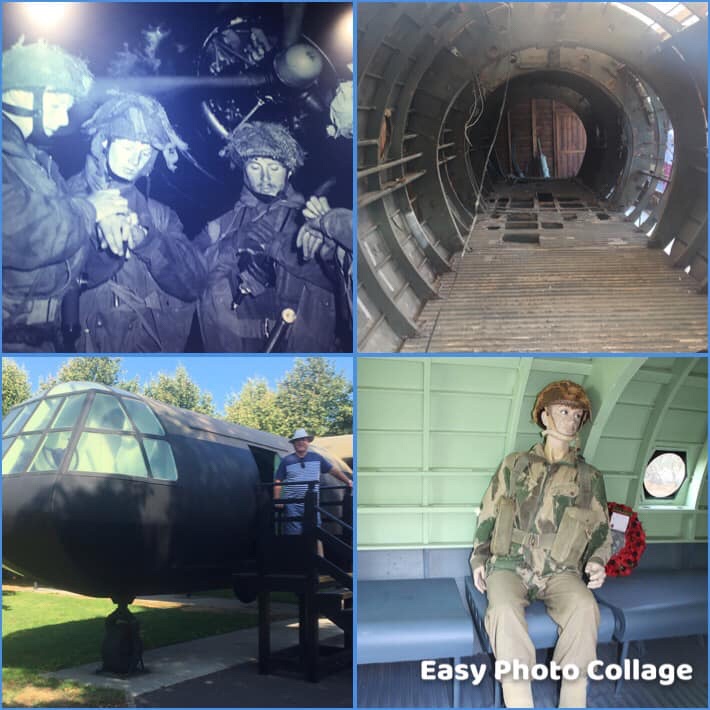 These heroic guys traveled over the Channel in plywood gliders hauled over by bomber fighters then let go to glide to their destination. The soldiers were sat on makeshift benches and on crash landing had to bring their feet off the ground and try and take a ball position then get the hell out of their and start firing for their lives!!

This is the site where three British gliders made of plywood landed to take the bridge! By day 30 or more German soldiers but by night only two! The element of surprise! 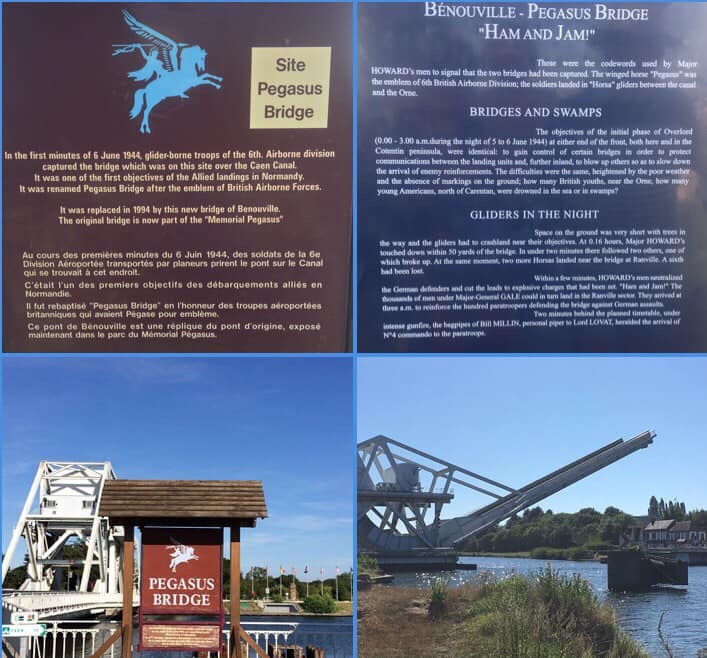 The new museum which honours the Pegasus symbol in the actual design of the building! A remarkable and such an informative place to visit!

The cafe which was the first building liberated!!!

Amongst the men buried in this cemetery, is a heart-warming story of the courage and devotion between a war dog and his handler. This is possibly the only example of a dog being buried with his handler in any CWGC cemetery which makes this site a particularly poignant stop to reflect and remember.

Private Emile Corteil was from Watford in Hertfordshire and served with A Company, 9th (Essex) Parachute Battalion. Corteil was the dog handler for the company, and his dog was called Glen. Both Emile and Glen parachuted into France with their company on D Day. Many dogs parachuted in with the invasion force to render aid as scouts, guard dogs and also to search out the enemy.

It is likely that Glen’s role would have been to act as a patrol to search the area around his company and to alert them of enemy soldiers in the area. Dogs like Glen would have their own parachute and when they reached the ground they would be released from the parachute by their handlers, their harness being adjusted for work in the field.

Emile was killed on D Day aged 19 years; Glen was also killed and the two were found lying together. They are both buried and commemorated in the same grave at Ranville Cemetery. The role that animals, but especially that which dogs played in the war effort is sadly, often forgotten. Many of those dogs have no known grave and nowhere fitting for us to commemorate their bravery. However, Glen lies with his master, devoted to his work, where we can remember him.

Then we had a picnic at the Maison de la Nature on the Orne Estuary which is a natural protected site…..and yes the sun was shining all day 🌞🌞

We finished our day with a ride on the little train in Cabourg.

On Monday we went to Morainville for the French hog roast.The hottest day with temperatures up to 36 degrees, A great way to end this wonderful trip.

If you would like to see more photos, you will have to come to our AGM to see our 2018/19 photobook 😊

The unveiling ceremony of the Bench at Chepstow Castle on 17th August 2019.

A good turnout on this glorious sunny Saturday morning : Chepstow Mayor Cllr Tom Kirton , Chris Wood at Wood Artwork Wales and some of the members/committee of the Twinning Association came to Chepstow Castle to the unveiling and donating ceremony of this beautiful bench over to Chepstow Town Council .

We hope the people of Chepstow and all the visitors of the Castle take great delight in this masterpiece produced for Chepstow/Cormeilles Twinning Association by Chris Wood in commemorating the 950 celebrations (1067-2017) of Chepstow Castle’s historic beginnings culminating in the Twinning between Chepstow and Cormeilles (Normandy France) since 1975. 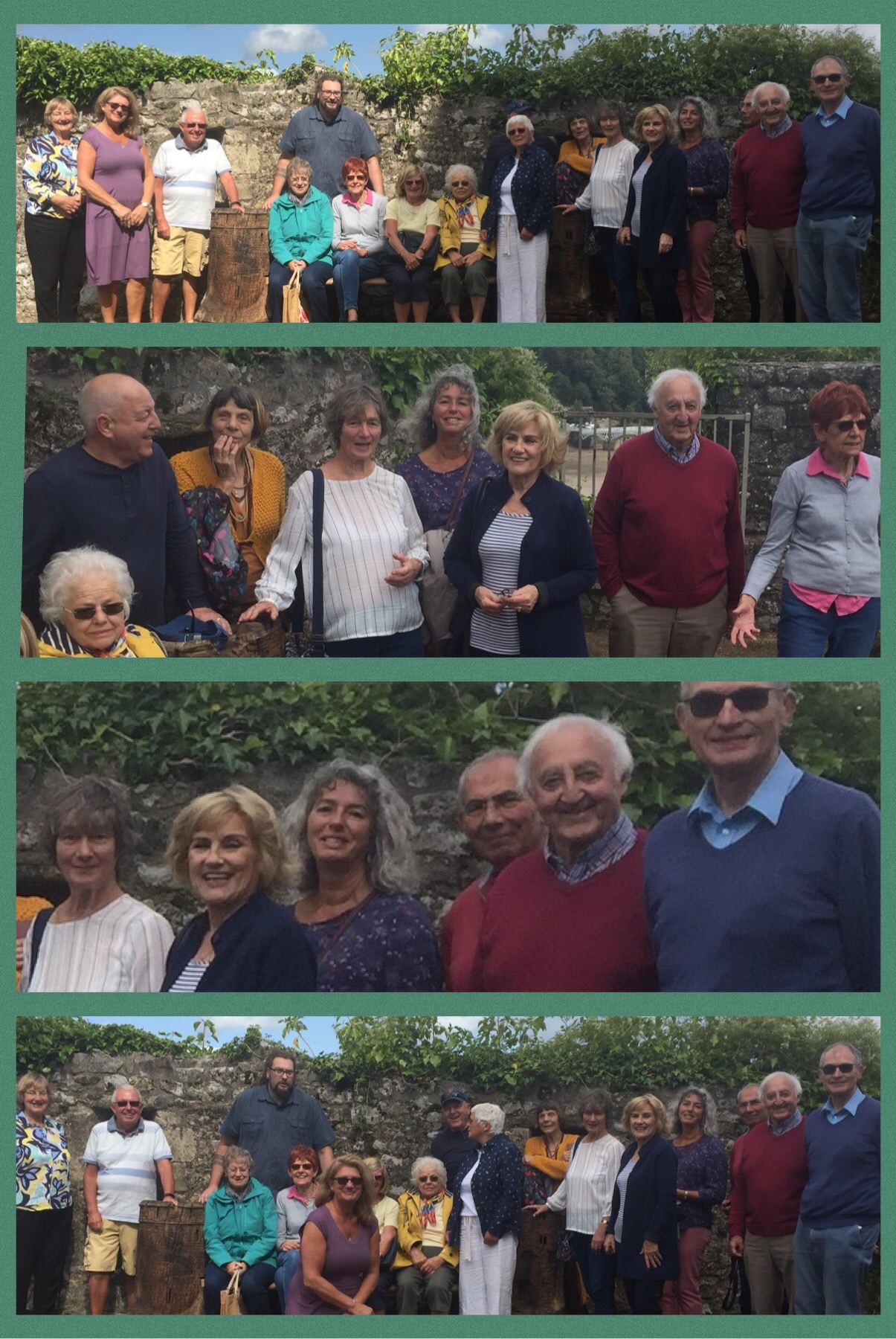 28 of us celebrated Bastille Day at the Woodlands Tavern in Llanvair-Discoed. We all had a very enjoyable lunch, the food was excellent as was the staff.

Nineteen of us went to the British Legion in Sedbury on Friday night 17th May . We ran two competitions…one for the men and one for the women followed by the nail-bitting “Killer” competition . A great evening of fun enjoyed by all.

Here are some photos of the evening : 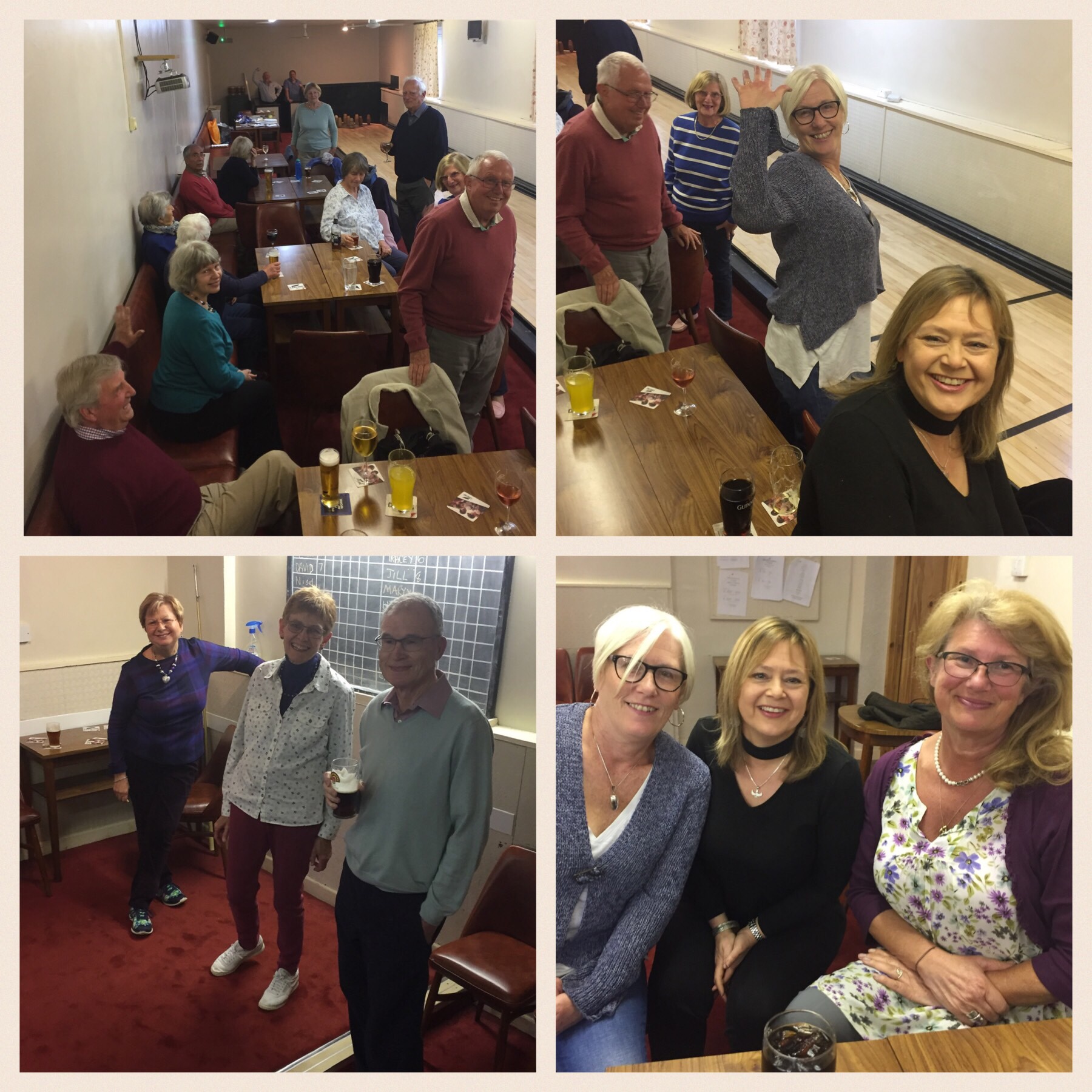 2019 our first get together

We met today for our Munch & Punch Chez Geraldine & Alf.

Lovely to catch up with friends. 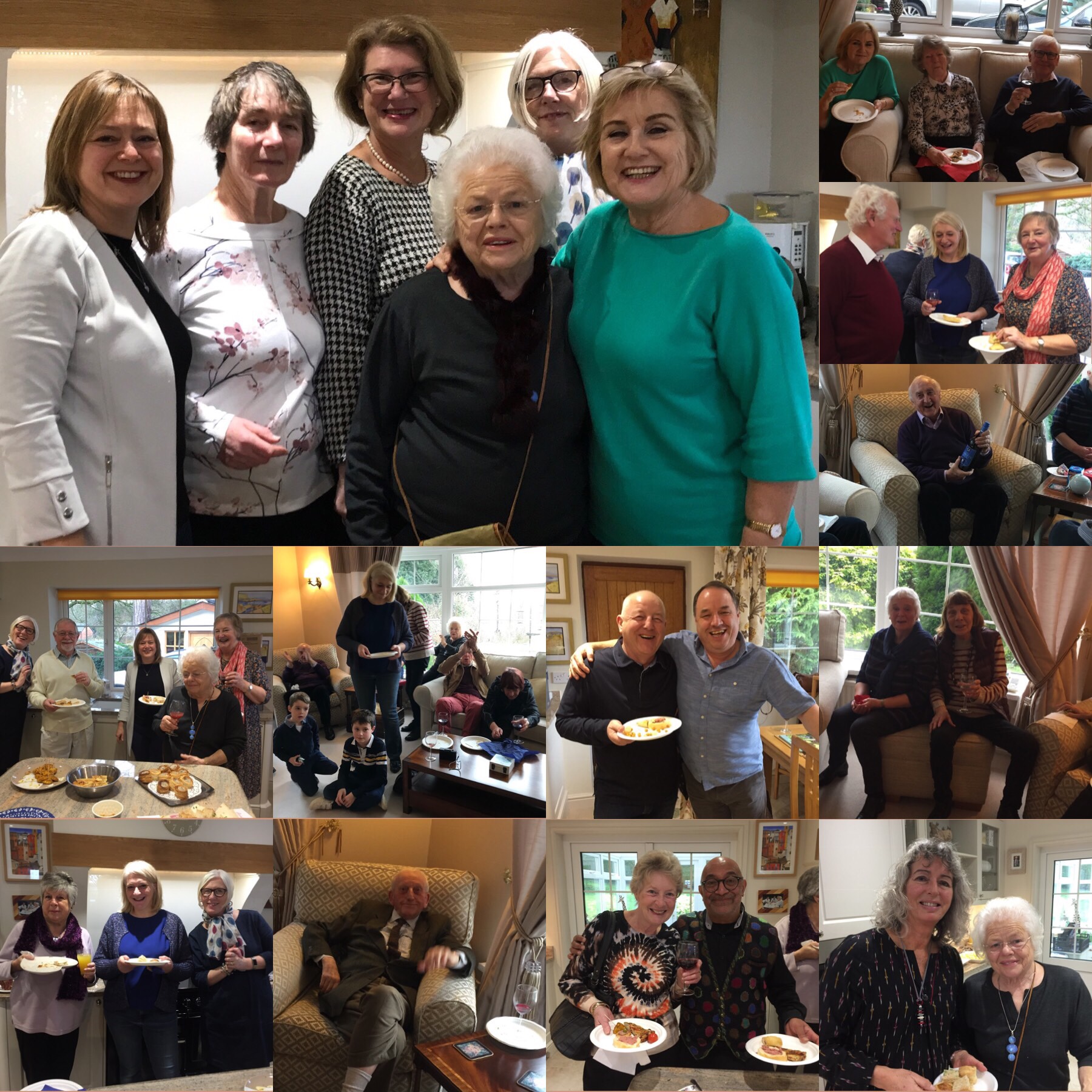 Our Annual General Meeting will take place on MONDAY 19th NOVEMBER 2018 at 7:30pm in the Town Council Chambers in Chepstow.

Chepstow Twinning
Create a free website or blog at WordPress.com.